There are no featured classes to display!

ARE JOINING FORCES TO CREATE “THEATRE FOR LIFE”

This fall, Park Square Theatre and SteppingStone Theatre for Youth join forces to create “your theatre for life” in downtown Saint Paul. The two companies have entered into a Memorandum of Understanding that will lead to more robust regional theatre programming for all ages. Through joint management and mission, though operating as separate legal entities with separate boards and finances, the two companies will provide a full range of theatre experiences out of the Historic Hamm Building.

Those experiences will encompass all ages and the best that both theatres have to offer: classes and camps for young people, workshops for adults and intergenerational groups, family-oriented productions for young audiences, and Park Square’s full mainstage season of new works, classics, mysteries and beloved musicals. In tandem, the two partner organizations will serve an audience of 125,000 with more than 70,000 young people attending performances and educational programs.

“I got my start in a theatre for youth company at eight and had my first theatre internship at 18,” says Park Square executive director Michael-jon Pease. “What excites me by joining forces is how together we truly become Saint Paul’s theatre for life for artists and audiences. This innovative partnership is a natural outgrowth of the theatre-in-residence concept Richard Cook started with the addition of Park Square’s Andy Boss Stage.”

SteppingStone’s artistic and executive director Mark Ferraro-Hauck agrees. “With the planned sale of our building near Summit Avenue and Victoria Street in Saint Paul, SteppingStone will return to its downtown roots for performances while maintaining easy accessibility for our hundreds of camp and class families through neighborhood-based programs and facilities. Greater geographical flexibility and the strength of our combined resources are essential to meet the evolving needs of young artists, families, and schools.”

Each company has championed new work for the stage, from Park Square’s world premiere commission of Christina Ham’s NINA SIMONE: FOUR WOMEN that has gone on to productions around the country to SteppingStone’s recent world premiere of Ricardo Gamboa’s THE REAL LIFE ADVENTURES OF JIMMY DE LAS ROSAS. Park Square’s mainstage subscription programming will continue, such as the upcoming world premiere of BAD THINGS, GOOD WHISKEY, and the new musical TRIANGLE (a co-production with The Ordway). SteppingStone’s annual productions by and for young audiences will move to the Park Square stages during the school year, with summer productions held elsewhere to accommodate the growing summer audience. The partnership kicked off informally on Aug 1 and 2 with the SteppingStone production of DISNEY’S LITTLE MERMAID, JR, which took place outdoors on the 7th Place Plaza in front of Park Square.

“This step not only protects both Park Square and Steppingstone during the continued pandemic and forced theatre ‘intermission,’ by bringing together their assets and skillsets,” notes Park Square Board chair Paul Mattessich, “but re-establishes the Hamm Building – which also houses the former SPCO recital hall and the former Vieux Carré jazz club – as a thriving, diverse performance center that can help rebuild downtown’s economy once the pandemic is over.”

With this move, the two organizations are also transforming their leadership model and building on Park Square’s March announcement of a cohort model of Artistic Associates including Kim Vasquez, Rick Shiomi, and Ellen Fenster. Mark Ferraro-Hauck becomes the newest element of the artistic and executive leadership team, serving as interim Executive Director, while Vasquez will become Producing Director of the Park Square Mainstage. Another Artistic Associate is currently meeting with the team and is expected to be announced in the coming weeks. Michael-jon Pease, Park Square’s current Executive Director, will remain with the company as a part-time consultant through the transition. Pease begins a new career as Executive Director of the Saint Paul Parks Conservancy in September. Ferraro-Hauck observes, “As we have discussed the challenges of the current economic moment and the complexity of bringing together two organizations, we have also been inspired by the necessity of re-imagining artistic leadership in ways that join and celebrate the many gifts and lived experiences found in our artistic community.” 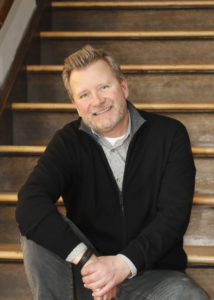 Mark has a passion for providing all youth with an opportunity to grow, discover their strengths, and interact with the world around them. He has conducted teacher and parent trainings in arts-based wellness strategies for youth and led a federal study of the role of the arts in building resiliency with traumatized youth. Mark has directed and designed over 60 plays throughout the Midwest at professional and educational theatres. He was a founder and held the position of Executive Producing Director of the Great River Shakespeare Festival in Winona, Minnesota, and was also founder of Public Theater of Minnesota in 2010, a program focused on professional Shakespeare productions featuring young actors. In addition to working in the arts, Mark spent 15 years as the principal designer and co-owner of Bluestem Construction, a nationally recognized residential and commercial remodeling firm. 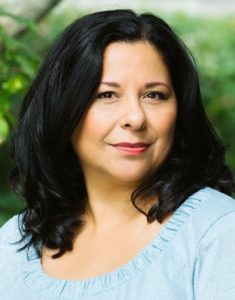 Kim Vasquez is a Saint Paul native specializing in the development of new plays and musicals as head of Gray Lady Entertainment, Inc. She is currently a producer on Be More Chill (Chicago, London, Broadway and Off-Broadway) and Austen’s Pride. Kim is a proud Founding Producer for the currently defunct New York Musical Theatre Festival (NYMF), which survived for a glorious 15 years. Her most recent directing credit was for the New York Times bestselling Author and Poet, Rupi Kaur, in a live theatrical production of The Sun And Her Flowers at the Tribeca Performing Arts Center. Kim is also an Actor recently having worked on In The Heights, the movie, and Saturday Night Live. Proud member of SAG-AFTRA. 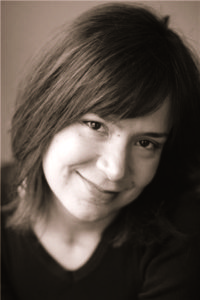 Ellen Fenster is a professional theater director and arts educator in Minneapolis. Ellen has directed at Pillsbury House Theatre, The Illusion Theater, Yellow Tree Theater, Theatre Mu, Artistry, Gremlin Theatre, U of MN/Guthrie Theater Actor Training Program and Park Square Theater. She is an associate artist at Pillsbury House Theatre where she ran the Chicago Avenue Project from 2008 to 2016.  She is also an artistic associate at Illusion Theatre where she helps connect the theater with young and emerging artists. She is currently the Artistic and Executive Director of Twin Cities Theater Camp, a summer theater intensive for children. 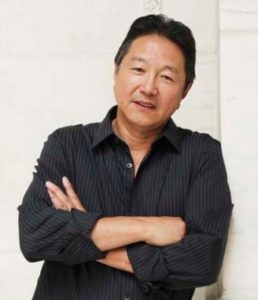 Rick Shiomi is a founding member and the Co-Artistic Director of Full Circle Theater. He has been a playwright, director and artistic director in the Asian American theater movement since the 1980s and was a co-founder of Theater Mu and Artistic Director for twenty years. His twenty plays include Mask Dance, Rosie’s Café and Yellow Fever. His directing credits include: Flower Drum Song (David Hwang version), Into The Woods, The New Mikado and Caught by Christopher Chen. He has received The McKnight Distinguished Artist Award, The Ivey Award for Lifetime Achievement and the Sally Ordway Irvine Award for Vision.

At SteppingStone, we are committed to access and inclusion for all people. We stand firmly in opposition to racism, and our programs challenge our young artists, staff, and Board of Directors to foster inclusion and seek equity for all, including Black people, Indigenous peoples, people of color, LGBTQIA+ people, people of all economic backgrounds, people of all religions, and people with disabilities. SteppingStone collaborates with families to meet students’ needs, whether they are social, academic, developmental, or physical.

Young people are artists, makers, and doers. They need to belong and to contribute to their world. When young people make art together, they change themselves and the world around them for the better.

SteppingStone ignites belonging, generosity, mastery, self-advocacy, and inspiration by creating art with young people to share with the world.
Give Today!